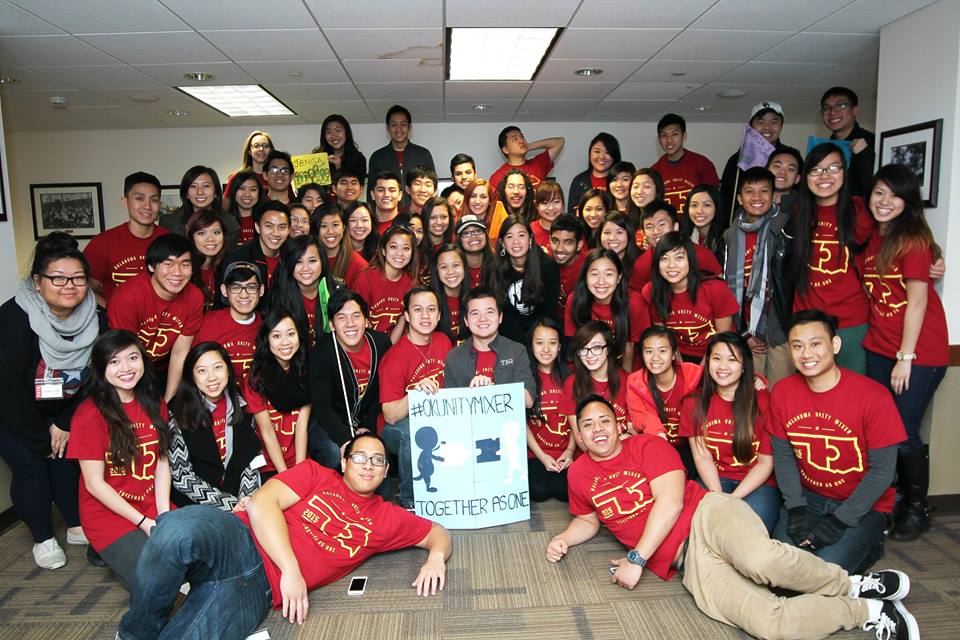 In November 2014, the Unity Mixer directors had a vision to have the mixer a three-day event with emphasis on creating unity throughout Oklahoma and the introduction of the Union of Vietnamese Student Associations of the Southern Region (UVSA South) as well as the Union of North American Vietnamese Student Associations (UNAVSA). The directors had high hopes in connecting universities across the region with an official event. With that in mind, they selected the theme of the mixer to be “Together As One: Becoming Part of a Bigger Picture”.

To further explain the decision for the selected theme, the Directors explain,

“We are all different. We are from different parts of the state and region, and yet have become friends throughout our experiences in life. We are essentially pieces of a puzzle that have the same mission and goals to help our community grow. When we come Together As One, we are able to unite and see the big impact, or the big picture, that we are able to influence. Growing Together As One community will help not only the region, not only the state, not only the university, but also the individual too. We are able to provide support for one another in our growth.”

This three-day event consisted of bonding activities, teamwork exercises, guest speaker presentations, and memories that attendees never expected would happen. There were over 90 attendees from nine different universities between Texas and Oklahoma. Attendees were not only able to fuel their passions and become inspired, but they were also able to create incredible bonds as a family. One family leader expressed,

“At first I just applied not knowing what I was getting into. I didn’t invest a lot of energy into it at the start. When time came around for the Unity Mixer to happen, I didn’t know what to expect. I thought it was going to be just another event I was volunteering for. But, once I got to meet my family members and create such incredible memories with them, I was so happy I was able to be their Family Leader who they looked up to throughout the weekend.”

Join us as we celebrate the success of the 1st  Oklahoma Unity Mixer! Congratulations to the Co-Executive Directors, Committee Directors, and Committee Staff Members on hosting such a phenomenal event!